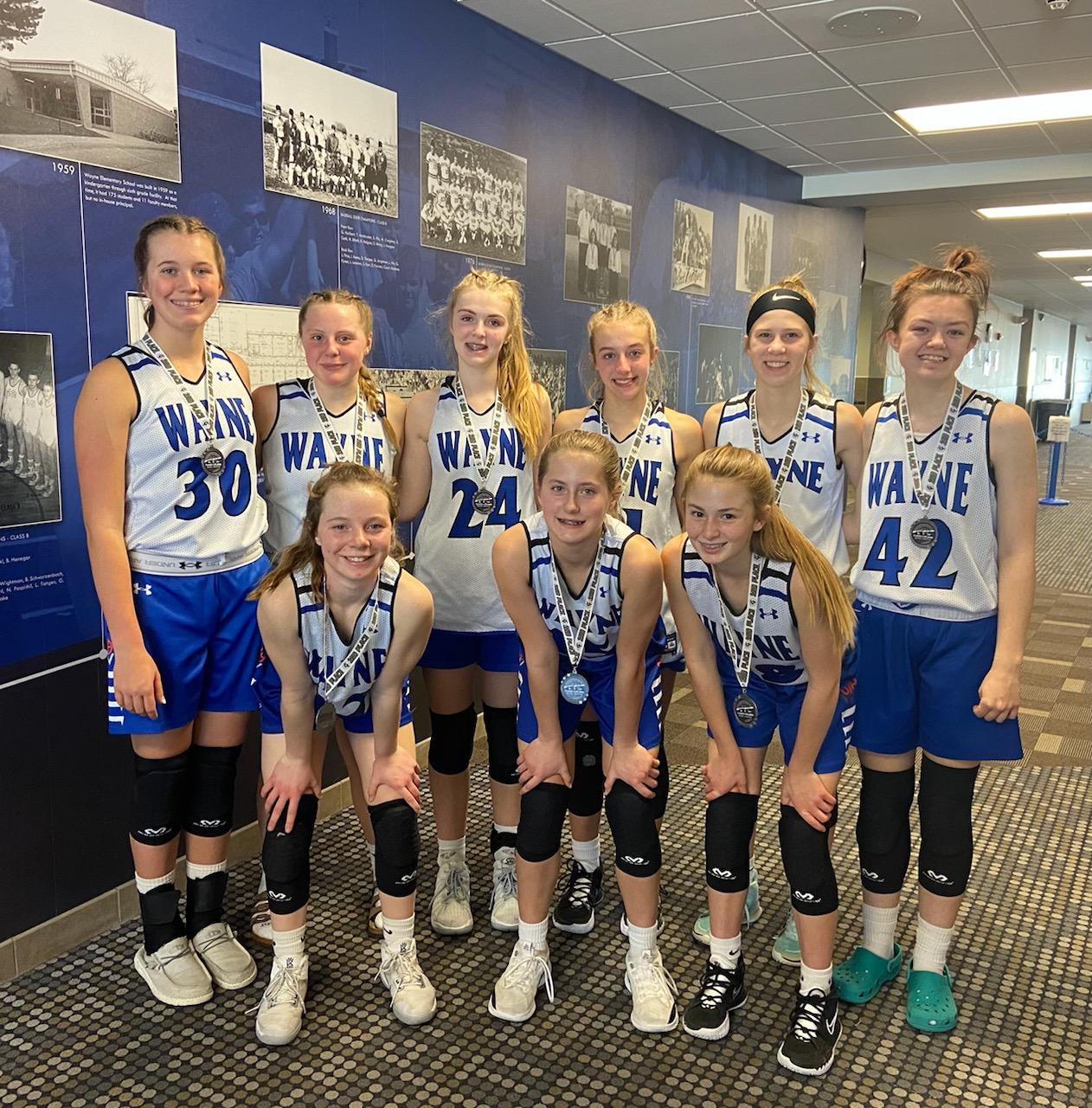 The 8th Grade Girls WBDA basketball team earned runner-up honors at the WBDA Tournament on Sunday, February 20th.  Wayne competed in a very tough 6-team bracket along with Crofton, David City Aquinas, Laurel, Pender and Raymond Central.  Wayne opened up pool play with a 27-17 win over Pender and followed that up with a 39-27 win over Raymond Central to win their pool and advance to the championship game.  In the final, Wayne fell in a tough contest to Laurel to end the day with a runner-up finish.  Congratulations 8th grade girls and coaches!