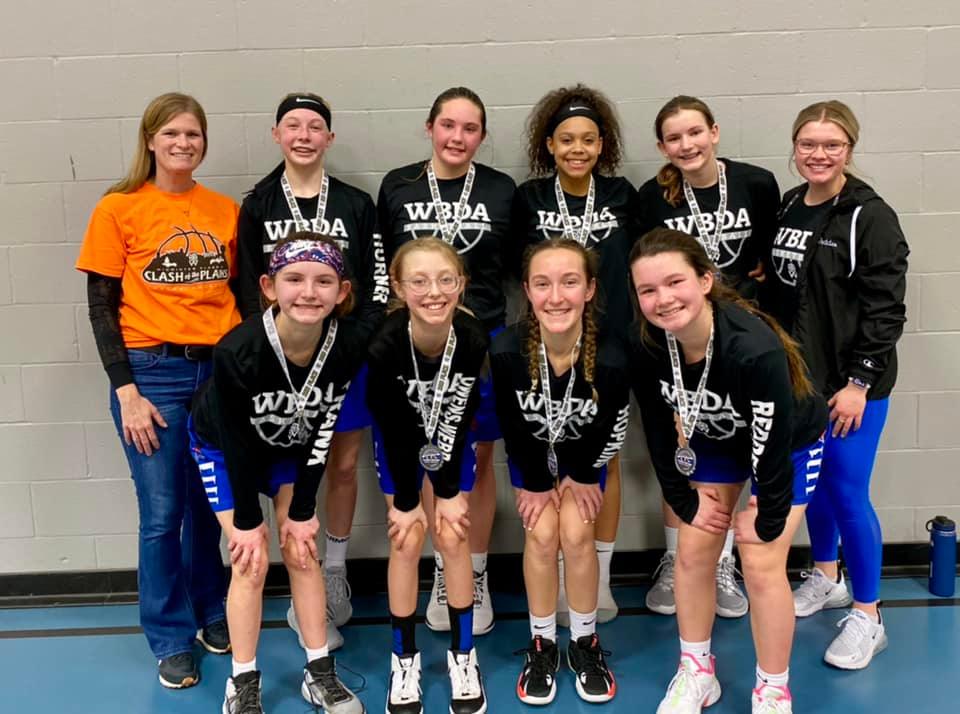 The 7th grade girls WBDA basketball team competed in the WBDA Tournament on Sunday, February 20th in Wayne. The Wayne girls competed in a six-team division along with Battle Creek, Crofton, Norfolk Catholic, Pierce and Wisner.  Wayne opened pool play with a 34-10 win over Norfolk Catholic and followed that up with a 34-19 win over Wisner to win their pool and advance to the championship game. In the final, Wayne went back and forth in a tight contest, before falling to Battle Creek to take home runner-up honors.  Congratulations 7th graders!