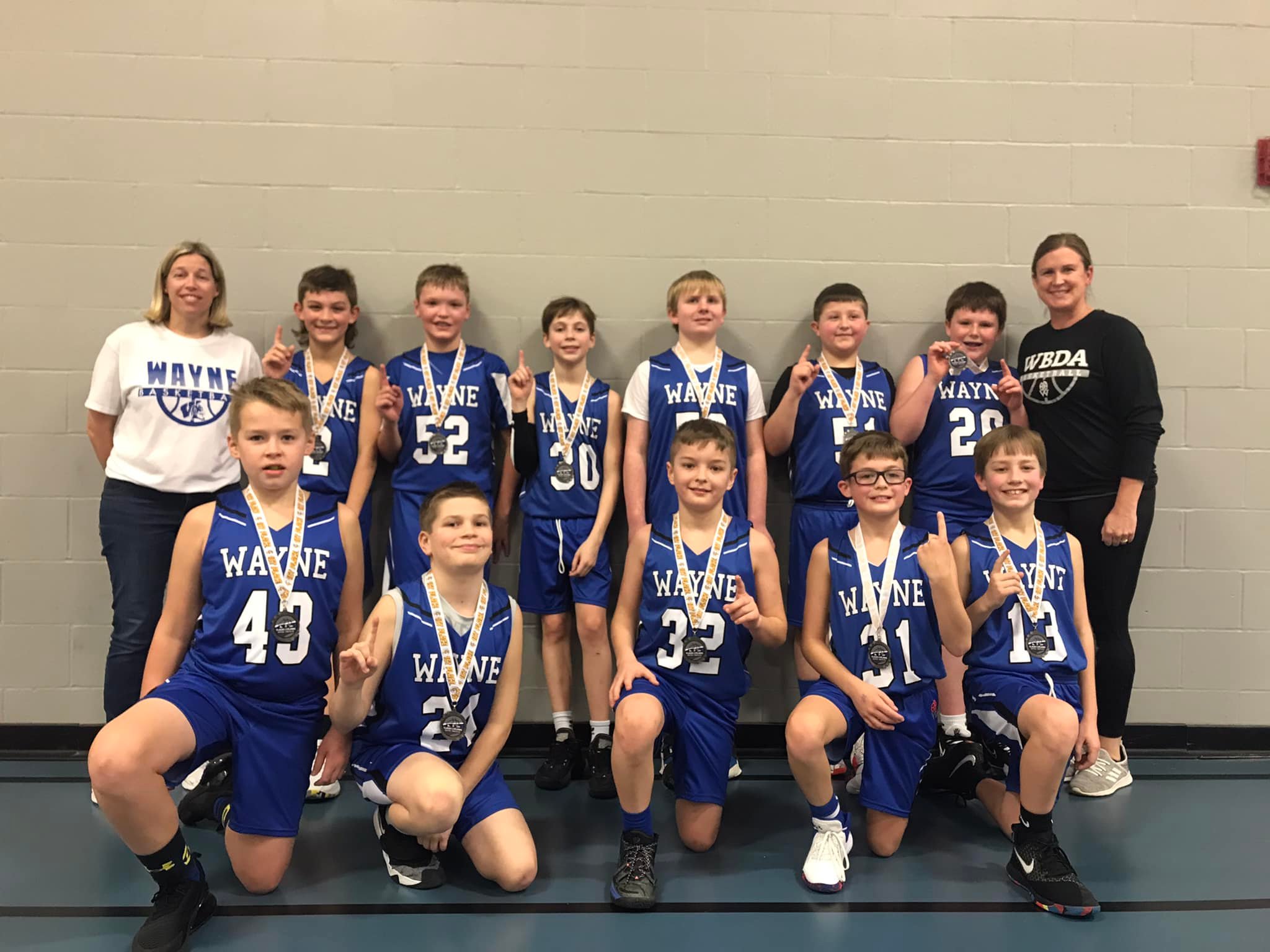 The 5th grade boys WBDA basketball team finished its season this weekend by winning the WBDA Tournament on Saturday, February 19th.  Six teams competed in the division: Elkhorn Attack, Laurel, Norfolk, Wakefield, Wausa, and Wayne.  Wayne opened play with a 31-1 win over Wakefield then followed that up with a 32-8 win over Wausa to win their pool.  Wayne then faced Elkhorn Attack in the championship game that was tight and intense throughout. In the end, Wayne came out on top 21-19 to win the tournament championship.  Congratulations on a great season 5th graders and coaches!