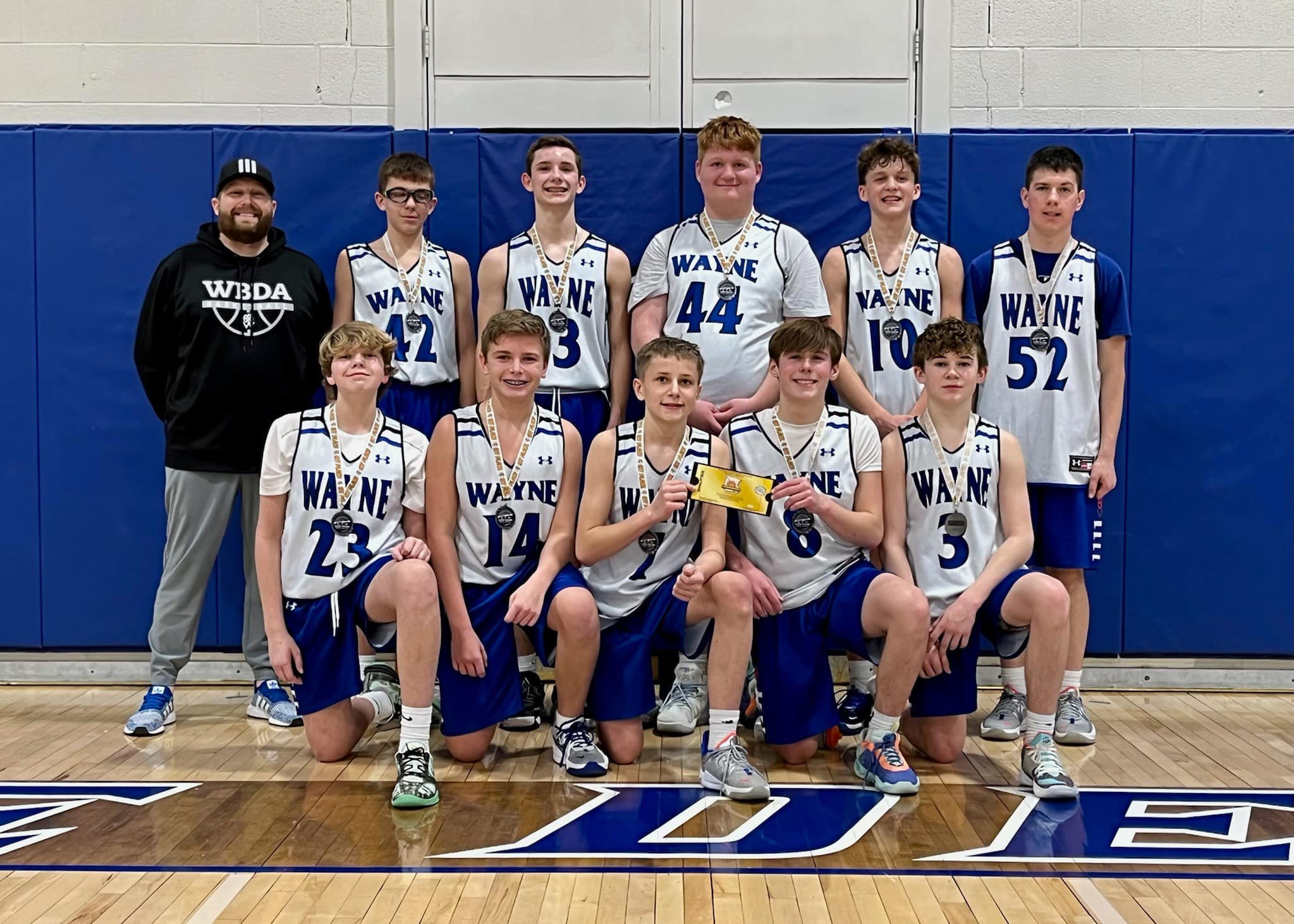 The 8th grade boys WBDA basketball team kicked off their season by winning their home tournament on Sunday, February 20th.  Six teams competed in the division, including Norfolk Catholic, Randolph, Wakefield, Wausa, Wayne, and Wynot. Wayne opened play with a 48-22 win over Randolph and then picked up a tough 46-41 win over Wynot to win their pool.  Wayne then took on Wakefield in the championship game and came away with a 55-43 win to capture the tournament championship.