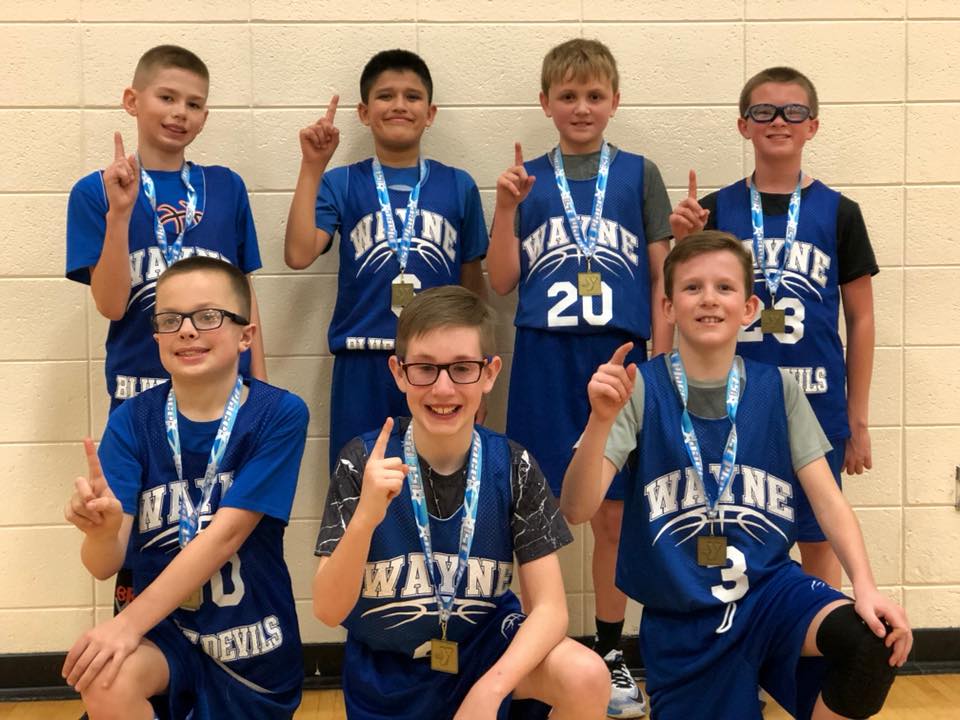 Saturday, February 10th the 5th Grade WBDA boys competed in the NEN tournament in Norfolk, NE.  The team played in a 4-team round robin division, which included Wayne, North Bend, Norfolk Panthers and Norfolk Catholic.  Wayne’s first two games were played back-to-back.  In first game versus North Bend, Wayne jumped out to a quick lead and maintained the advantage throughout the game.  The second game versus the Norfolk Panthers was a close contest from start to finish.  Wayne rebounded well and limited their turnovers to help them get their second win of the day.  In Wayne’s final game, they faced Norfolk Catholic.  Wayne pushed the ball well getting layups and easy baskets, which led them to go 3-0 for the day earning 1st place in the tournament.  Congratulation players and coaches!  #wayneyouthbasketball