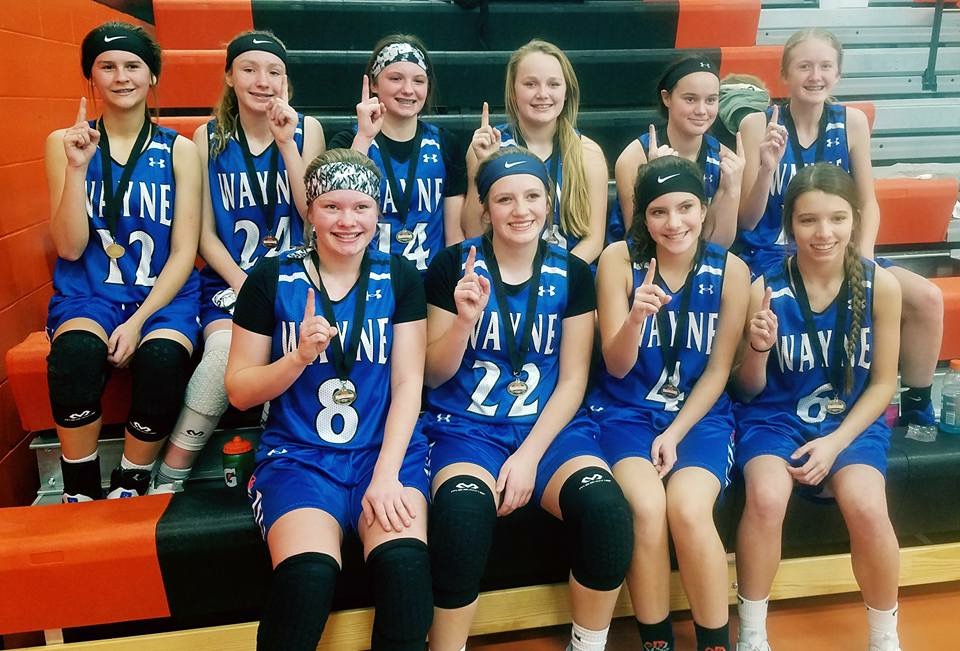 Sunday, January 7th the 8th Grade WBDA Girls competed in a tournament in North Bend, NE.  The team was placed in a 3 team round robin division, which included Seward and Wahoo.  Wayne’s games were played back-to-back and they were up for the challenge.  They first played Seward and came out with the 40-28 win due to pressure defense and keeping their turnovers under double digits.  In the second game versus Wahoo, Wayne fought hard throughout.  It was a close game where the largest lead was 6 points, but in the end free throws determined the winner and gave Wayne the 35-31 win.  It was a great first tournament for the 8th Grade Girls! Congratulations Players and Coaches on the 1st Place Finish! #wayneyouthbasketball