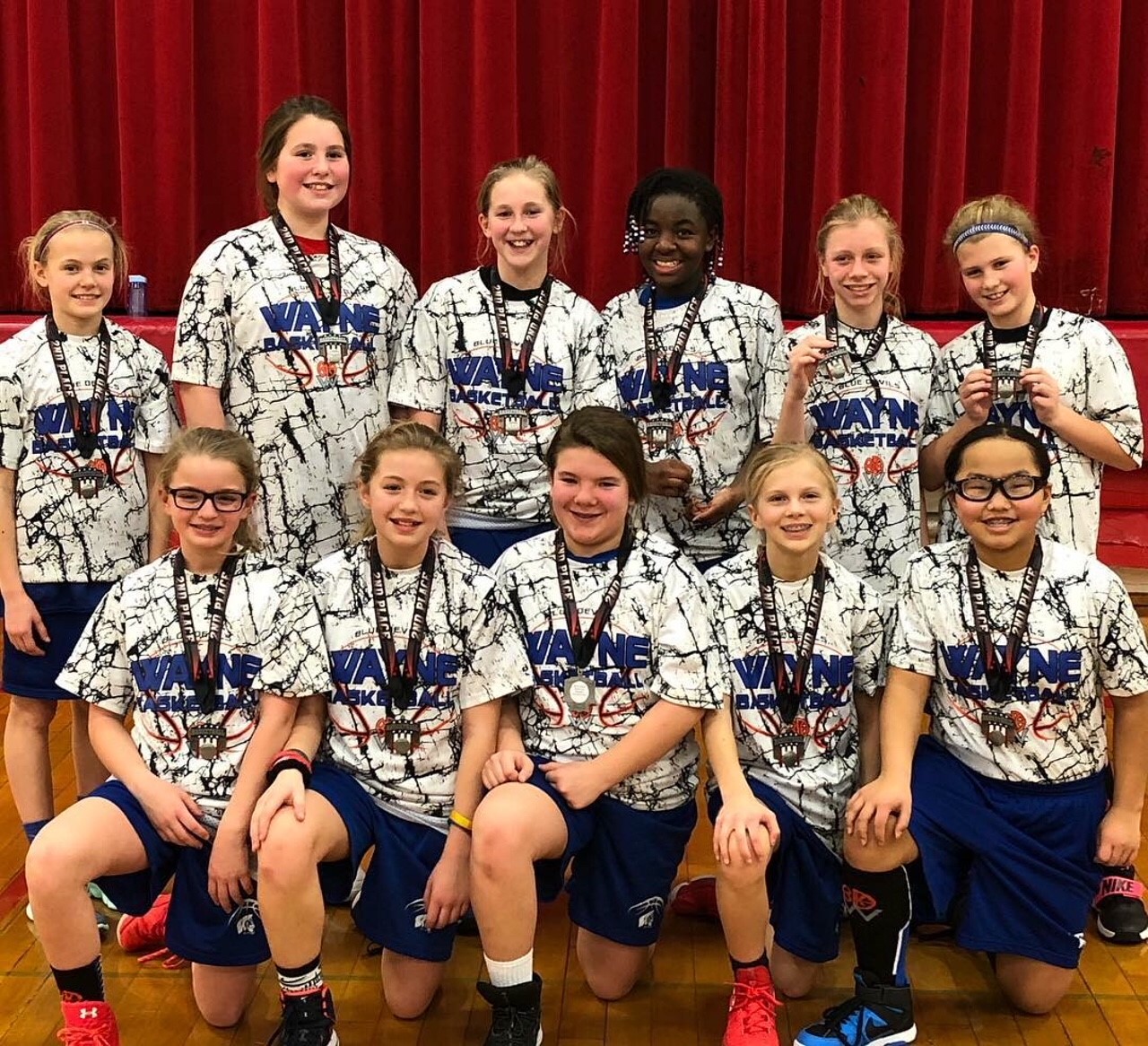 The Wayne 6th grade girls team finished in 2nd place this past weekend in the Norfolk Catholic Tournament.  In the first game, Wayne defeated Elkhorn Valley 24-10.  Wayne raced out to an 18-2 lead fueled by an aggressive full-court defense.  In the second game of the tournament, Wayne beat North Bend 22-15.  Wayne’s solid half court defense and composure against their full court press lead to many transition baskets.  Wayne was overmatched and lost to an impressive Norfolk Catholic team, 46-9 in the tournament’s championship game. Congratulationss players and coaches on your second place finish.  #wayneyouthbasketball