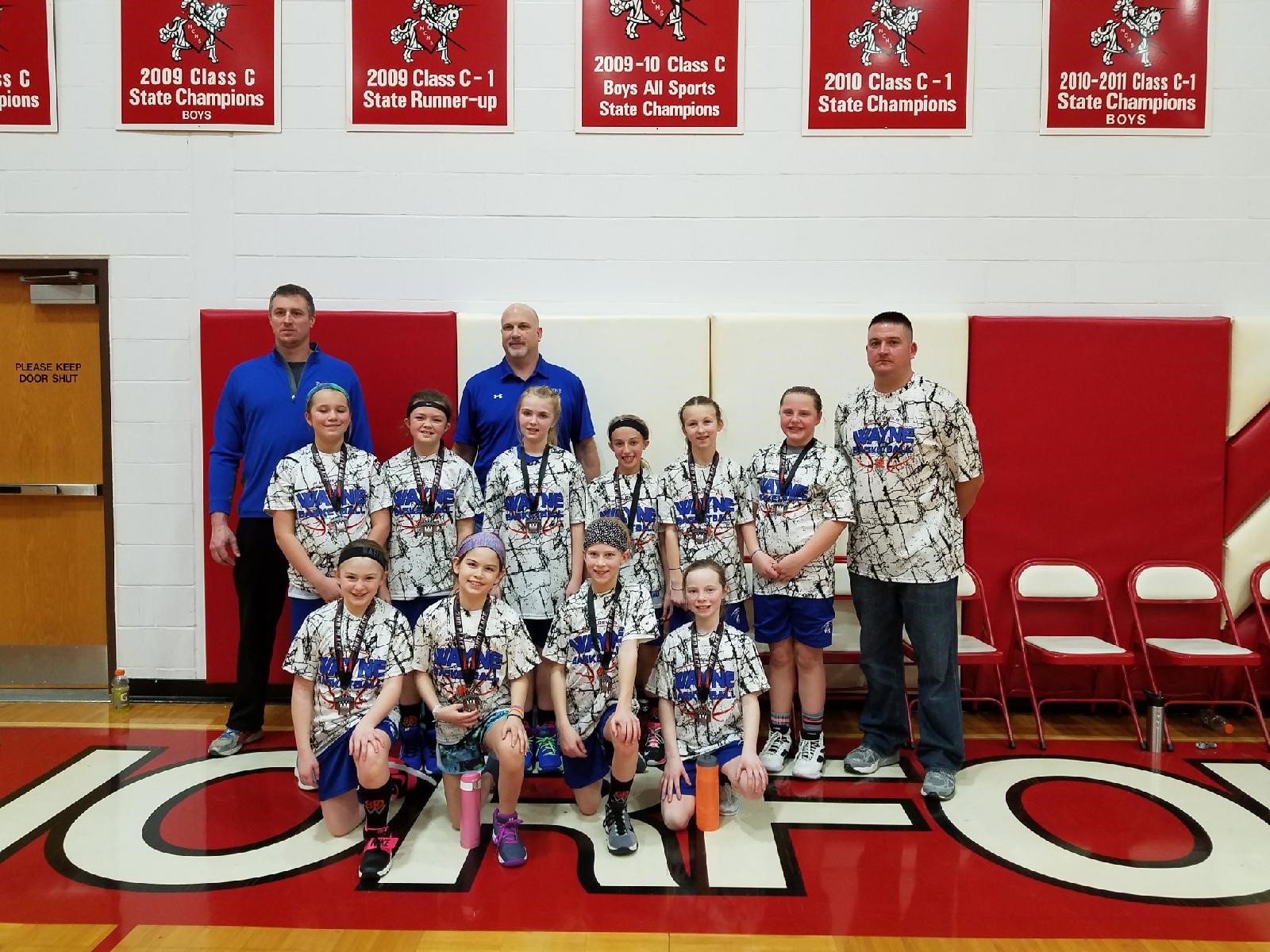 Saturday, January 20th, the 4th Grade WBDA Girls competed in the Norfolk Catholic tournament.  The team played three games, first losing to Norfolk Catholic and then beating Elkhorn Valley in the second game.  The third game was tight versus North Bend, but it finished with Wayne receiving their second loss of the day.  Although Wayne had one win and two losses, their defense was great and allowed fewer points than other teams in the tournament, which earned them the second place finish.  Congratulations Players and Coaches!  #wayneyouthbasketball