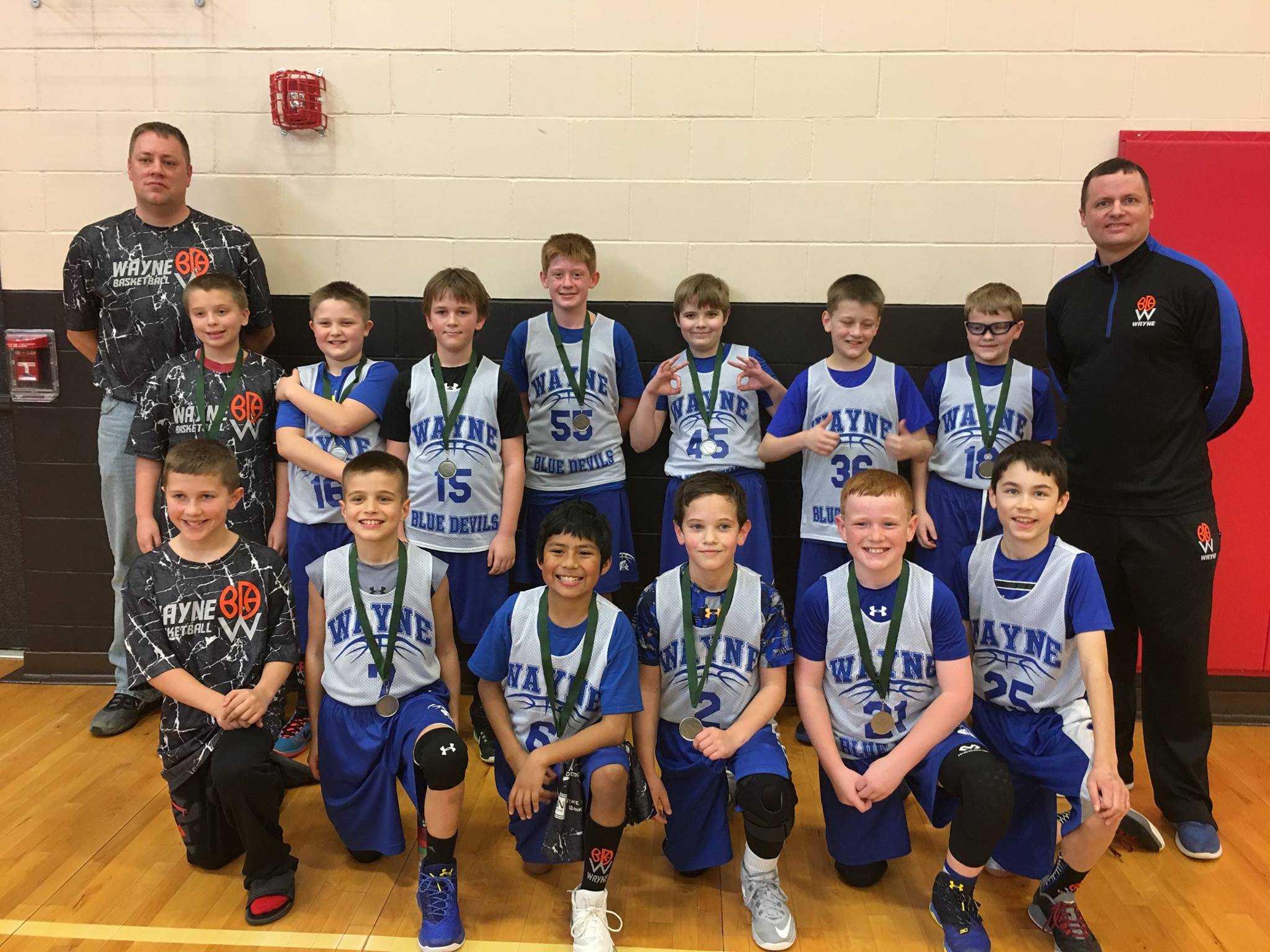 Saturday, March 4th, the WBDA 5th Grade Boys competed in the Hop’s Hoops Classic in David City.  Their division was a 4-team round robin, which included Wayne, Nebraska Christian, David City Aquinas and David City Explorers.  Wayne won their first game versus the Explorers, but fell in their second game to Aquinas.  Wayne played Nebraska Christian in their final game of the day, which turned out to be tight and highly competitive.  In the end, Wayne came out with the win and a 2nd place finish.  Congrats to the players and coaches!  #wayneyouthbasketball