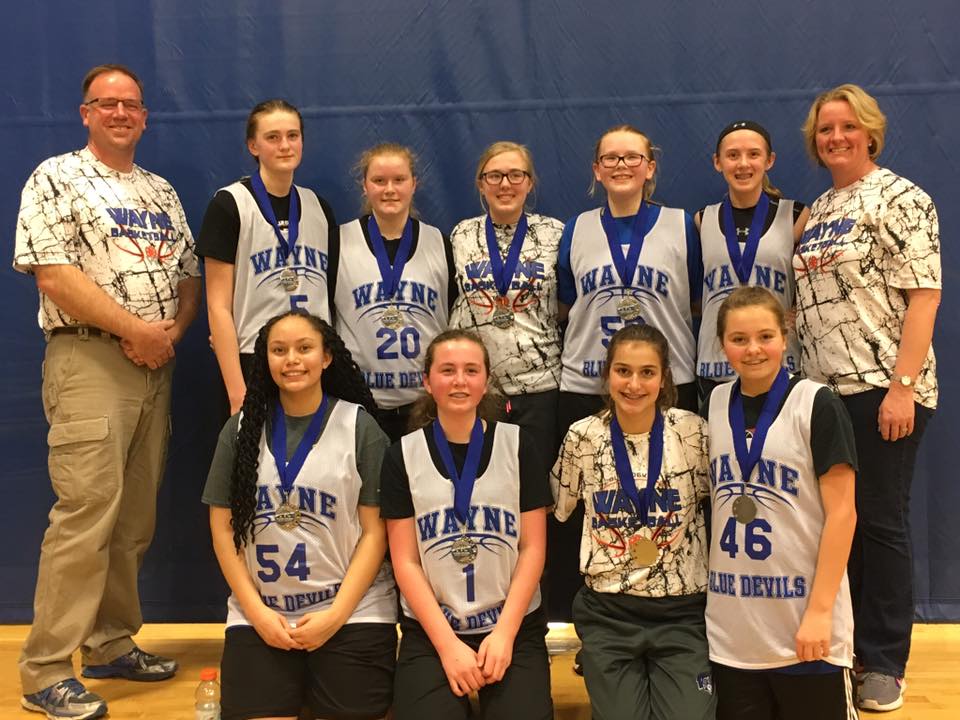 Sunday, February 18, the 7th grade WBDA girls competed in the Clash of the Plains tournament in Wayne, NE.  They were in a 6 team pool play division.  The “Blue” pool included Wayne, Wausa and Crofton.  The “White” pool included Pender, Cougars and Pierce.  Wayne competed well in their pool beating both Wausa and Crofton.  By winning both games they were set to play Pender in the Championship Game.  The final game was close throughout and both teams worked for the win, but in the end Wayne fell short finishing with 2nd place.  Congrats on a great tournament players and coaches!  #wayneyouthbasketball