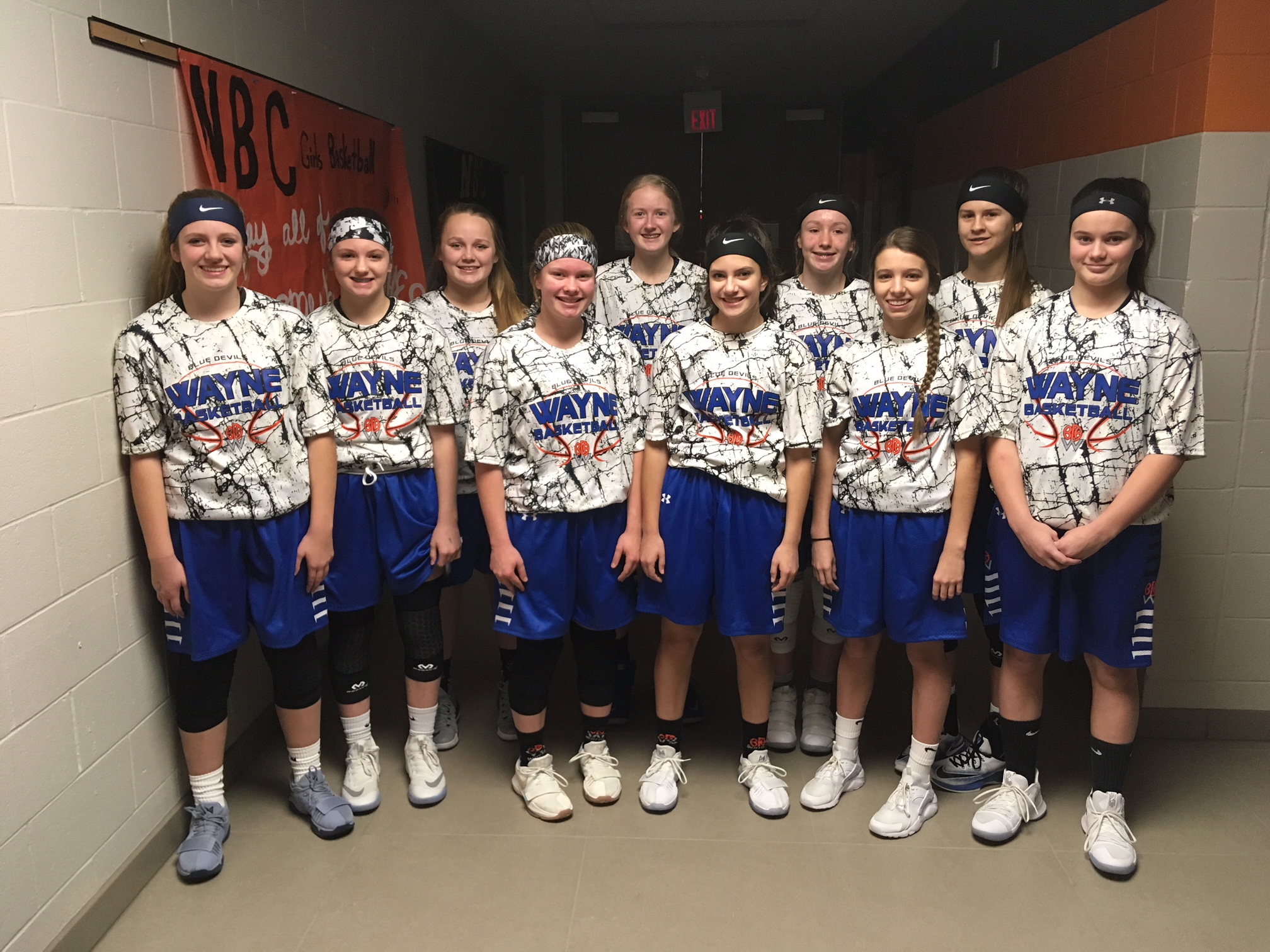 Saturday, February 10, the 8th grade WBDA girls competed in the NEN Tournament in Norfolk, NE.  Wayne was in a 3-team round robin tournament with Humphrey Christian Holy Family and Norfolk Catholic.  In the first game versus HCHF, Wayne was in a battle throughout the game but only turned the ball over five times, which helped them finish with a 33-29 win.  In the second game, Wayne faced a tough Norfolk Catholic team.  Both teams took advantage of their strengths with Wayne using transition offense & pressure defense to score and NC using their size inside the paint.  At the end of regulation, the game was tied at 33.  After two overtimes, Wayne fell to Norfolk Catholic, 36-34.  By losing to Norfolk, Wayne finished 2nd place in a tough round robin tournament.  Congrats players and coaches on a well played tournament!  #wayneyouthbasketball