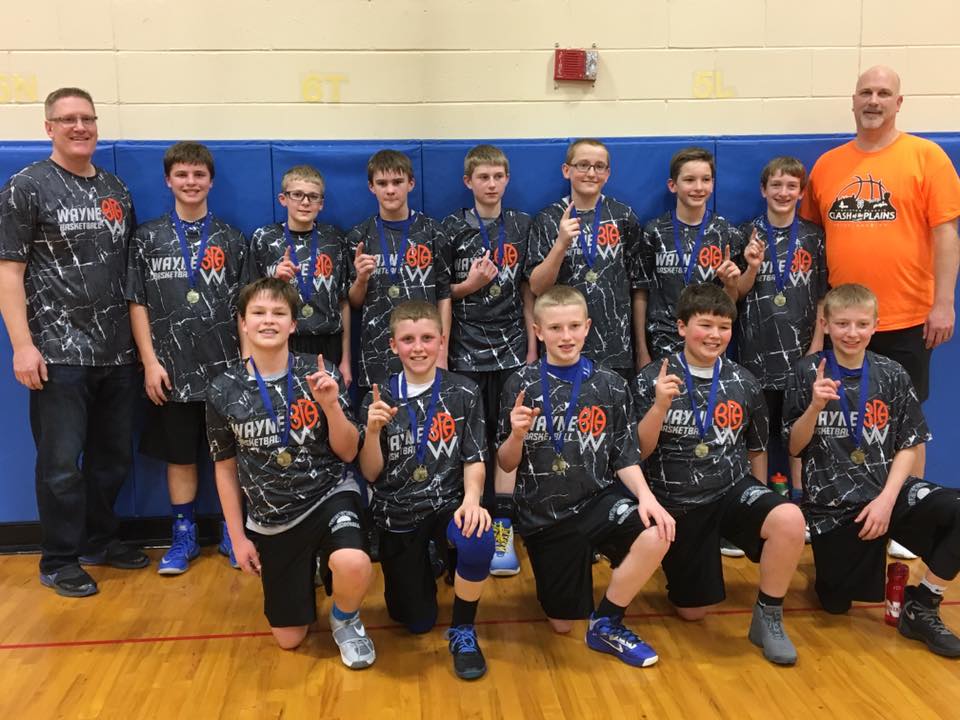 Sunday, Feb. 19, the 7th Grade WBDA boys’ team competed in the Wayne Tournament.  The tournament was a four-team round robin division including Laurel, Clarkson, Crofton and Wayne.  Both Wayne and Laurel went 2-0 in their first two games, which setup a late day game between the two teams for the championship.  Wayne came out on top beating Laurel 38-30, taking 1st place in the tournament.  Congratulations to the players and coaches!  #wayneyouthbasketball