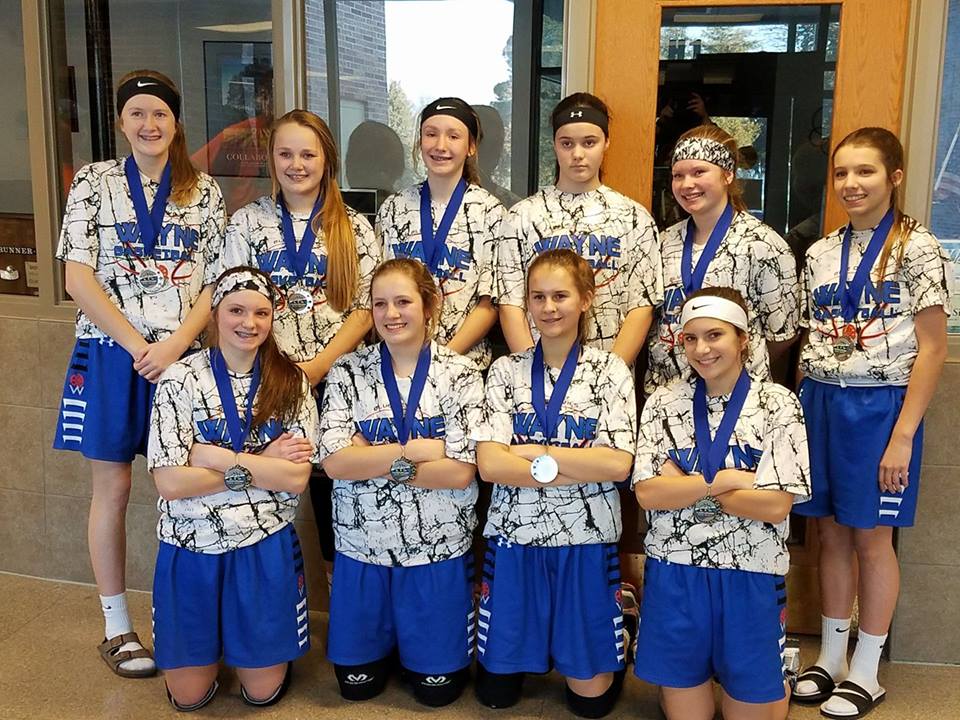 Sunday, February 18, the 8th grade WBDA girls competed in the Clash of the Plains tournament in Wayne, NE.  The girls were in an 8-team bracket with Osmond, Elkhorn Valley, O’Neill, Crofton, Christ Lutheran, Lady Elite and Hartington Cedar.  In Wayne’s first game, they beat Osmond 32-12 with pressure defense and strong rebounding.  In the girl’s second game, they faced O’Neill.  The Wayne girls maintained a strong lead throughout the game with great shooting and transition offense.  In the Championship game, Wayne faced the Lady Elite.  In the first half, Wayne struggled with the Elite full court press, but stayed strong and competitive in the second half by making it a close game with less than 2 minutes.  In the end, Wayne was not able to catch the Elite and finished the tournament with a second place finish.  Congrats coaches and girls on a great tournament! #wayneyouthbasketball