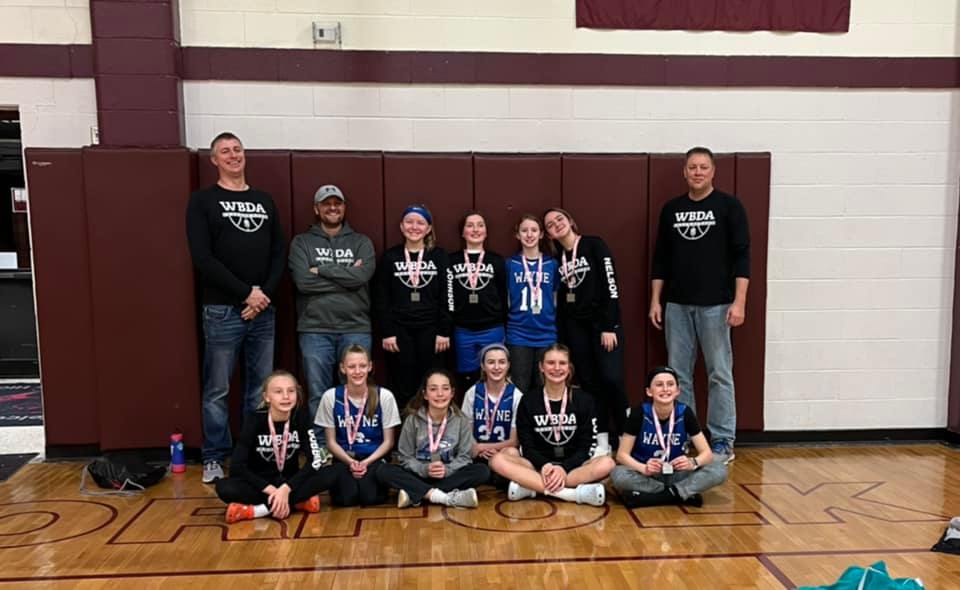 The 6th Grade Girls WBDA team competed in the NEN Y Tournament in Norfolk on Sunday, February 13th.  Wayne opened play with a win over Hartington Cedar Catholic and then posted a defensive gem in a win over a West Holt team that had beaten them earlier in the season. Wayne fell to Elkhorn Valley in the final game of the day, climbing out of a big hole to fall just a few points short of a victory against a great Falcons team.  The Wayne girls took silver on the day with their performance.  Great job ladies.